WHOSE IDEA WAS IT, ANYWAY?

To paraphrase an old joke, when you’re up to your whatever in sewage, it’s difficult to remember that your original objective was to drain the swamp.

Think of “the swamp” in this joke as the Everglades. The Everglades is a vast space. It begins at Lake Okeechobee and declines in elevation all the way down to below sea level at Florida Bay. Originally occupying 4000 square miles of south Florida, the sawgrass marsh of the Glades was actually a slow-moving river descending from Lake Okeechobee in overflow to the sea. Other ecosystems within the Glades are hardwood hammocks, pineland, cypress swamps, mangrove and coastal prairie, and the marine ecosystem of Florida Bay itself.

Even before Florida was a state, Americans have been studying the “Ever Glades,” drumming their chins with their fingertips, trying to figure out how to drain what they considered to be a big useless swamp and turn it into productive and profitable farmland.

However, things didn’t go exactly as planned. The Caloosahatchee became a pipeline between the tank (Lake Okeechobee) and the toilet (Florida Bay) and Fort Myers ended up on the downside of a toilet flush.

It Seemed Like a Good Idea at the Time

Interest in draining the Everglades began as early as 1837, 8 years before Florida became a state. The second Seminole war (1835-1842) brought the U.S. army to the wetlands of south Florida and focused the attention of the nation upon them. Almost immediately after the war ended, Congress directed the secretary of war to prepare a report “in relation to the practicability and probable expense of draining the Everglades of Florida.”

The report described the “Ever Glades” as “suitable only for the haunt of noxious vermin or the resort of pestilent reptiles,” and requested an appropriation of ½ million to drain them. In 1850, Congress opened debate on the proposed Swamp and Overflowed Lands Act, which gave states title to any wetlands they could “reclaim.”

But First, Time Out for War

A third Indian war intervened, followed by the Civil War, but when the U.S. had succeeded in reeling the Confederate states back into the Union, the subject of draining the Everglades came up again.

Florida’s Internal Improvement Fund (IIF) agency, tasked with improving the infrastructure of Florida with roads, railways and canals, found a Pennsylvania real estate developer named Hamilton Disston interested in the Everglades project. Disston gave the IIF $1 million for 4,000,000 acres of land in south Florida, which he promised to drain in return for title to half of the reclaimed land.

On September 21, 1881, a tug came slowly upriver to Fort Myers. Gliding in tow behind the boat was a contraption that probably awed the townsmen, delighted the kids and worried the townswomen. It was the monster dredge that was going to gnaw its way up the Caloosahatchee, with its terrible teeth widening, deepening and straightening the twisting upper reaches of the river all the way to its headwaters at Lake Hicpochee. From the lake, Disston’s engineers would dynamite and claw their way to Lake Okeechobee, opening a canal for the discharge of Everglades water from the Kissimmee River basin via the Caloosahatchee River into the Gulf of Mexico. It was possibly the largest reclamation project in the history of the nation.

However, things didn’t go exactly as planned. The predicted “reclamation of millions of acres, containing some of the most vital sugar lands in the United States,” fizzled in the stubborn standing water of the dad-blasted ever-lasting Everglades. Simply stated, Disston’s drainage canals didn’t drain. In 1888, he called a halt to the dredging operations and despite having failed to reclaim so much as one acre of wetland, walked off with a gift from friends in Tallahassee of 2 million acres of land.

In the gubernatorial election of that year, Napoleon Bonaparte Broward ran on the promise of reclaiming the Glades “for the people.” He was elected. Efforts to “drain that abominable pestilence-ridden swamp” began again.

James Wright, a USDA engineer, drew up a report stating that draining the Glades would not be difficult or costly; he calculated that 8 canals designed to hold a maximum daily rainfall of 4” would be sufficient to drain 1,850,000 acres. Land speculators went into frenzied overtime, advertising the Everglades as “The Promised Land,” where crops and livestock would attain mythic proportions with little effort. People from all walks of life poured into Fort Myers’ hotels and boarding houses, booking passage by steamers upriver to Lake Okeechobee.

In 1910, Congress passed the River and Harbors Act, appropriating $121,000 to deepen the Caloosahatchee River channel. Victory over the evil forces of nature seemed assured.

However, things didn’t go exactly as planned. USDA engineer Wright came under the scrutiny of the U.S. House of Representatives, to whom Wright’s USDA colleagues testified that he was “absolutely and completely incompetent for any engineering work.”

Land values sank, sales plunged. Land developers were sued and arrested for mail fraud, leaving the people who had invested their life savings in the land wading around in water black with the larvae of mosquitoes. Mired in muck that neither mules nor tractors could plow, people had tried to burn off the sawgrass, only to discover that the underlying peat kept on burning, desiccating the soil that then blew around them like clouds of gunpowder. By 1914, it was obvious that the experiment was over.

Incredibly, 6 years later, the land developers, trailed by hopeful settlers, were coming back. Efforts to drain the Glades had been dismal failures, but on the slightly elevated, natural levee areas around the lake, experiments in soil improvement had made the production of sugarcane and vegetables possible. By 1921, 2000 people lived in little start-up communities like Moore Haven (“Little Chicago”) and Belle Glade (“Muck City”) created to contain them. Clewiston was cut out of whole cloth to house agricultural workers brought in to labor in the sugar cane fields.

However, things didn’t go exactly as planned. The levees built around Lake Okeechobee were only 18 to 24 inches above the level of the lake. On September 16, 1926, a levee engineer predicted that in the event of high winds, “Moore Haven is going under…” Two days later, a category 5 hurricane struck and 1/3 of the people in Moore Haven, including the engineer’s wife and daughter, drowned.

On September 16, 1926, another hurricane-driven storm surge collapsed the levee and thousands more drowned, many of the bodies unrecoverable.

The U.S. Army, Back in the Field

The war upon the Everglades now passed from individual and state control to federal. In 1929, the Okeechobee Flood Control District was formed, and the Army Corps of Engineers (USACE) took over field operations. The USACE built an earth berm 35 feet high to encompass the 730 square miles of Lake Okeechobee and named the dike after President Herbert Hoover.

Then they dug east from the lake to the St. Lucie River and west to the Caloosahatchee and named this new 155-mile cross-state channel the Okeechobee Waterway. We had opened a scenic shortcut between the Gulf of Mexico and the Atlantic Ocean. The rivers thus joined to the great Okeechobee would serve, incidentally, as conduits for the discharge of excess water from the lake.

And for once, things went exactly as planned.

A well-intended but fool’s game of Slice and Dike ensued. The newly established Central and South Florida Flood Control Project (C&SF) severed Lake Okeechobee from its headwaters (the Kissimmee River basin), sliced the Glades below the lake into sections for agriculture (the Everglades Agricultural Area or EAA) and water conservation (Water Conservation Areas or WCAs), and ran canals from the lake to the WCA reservoirs smack dab through the sugar cane fields of the EAA…

…sending toxic agricultural runoff into the WCA reservoirs, which drain into our nature preserves and the underlying Biscayne Aquifer from which we draw our drinking water, and into our rivers, which deliver the contaminated water to the Atlantic Ocean and the Gulf of Mexico.

To understand the whole of the damage done to the ecosystems of the Everglades in the great pump and spigot chase of the past half century is tantamount to tracing the DNA of the most complex mosaic of interdependent animal and vegetative life on earth. In taking over from nature the management of water flow into and out of the Glades to meet the needs of U.S. Sugar and the exploding population of our urban areas, we have undermined the sustainability of both. But that is the subject of another story.

Suffice it to say that we have tracked down the perpetrator of the Okeechobee Flush. As Walt Kelly succinctly put it in his “Pogo” comic strip, “We have met the enemy and they are us.” 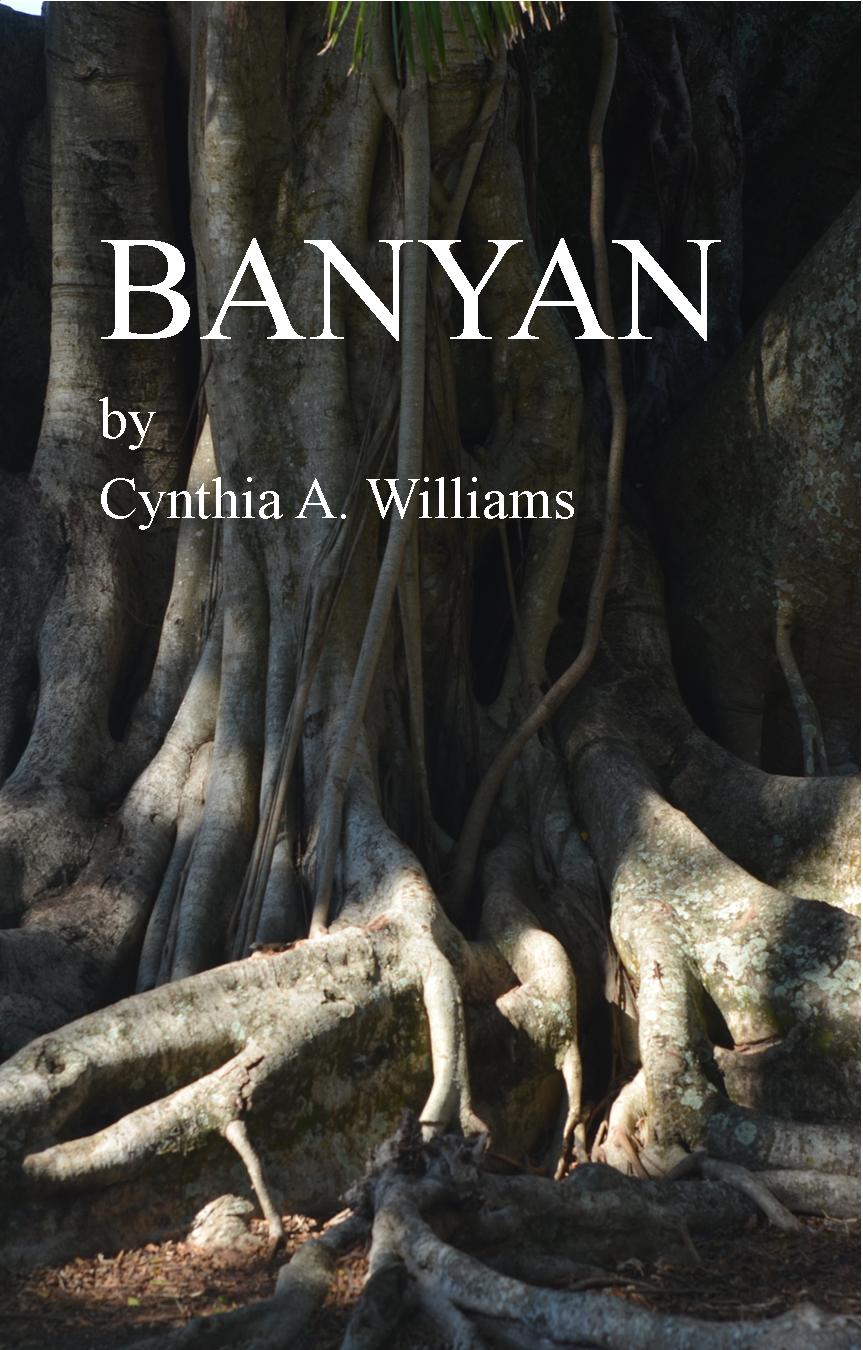 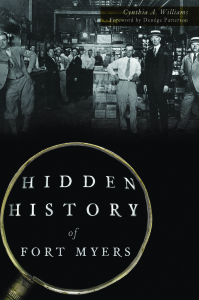